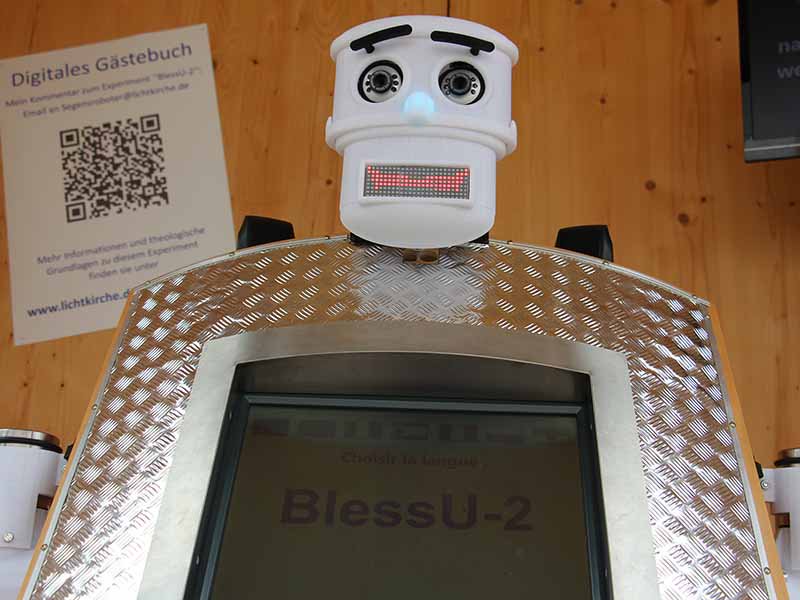 A robot built on the body of an ATM machine, whose plastic fingers sprung open and palms lit up as it raised its mechanic hands in blessing, speaks seven languages in either a male and female voice, depending on user preference, and offers four different types of blessings was  part of an installation by the Protestant Church in Hesse and Nassau during the summer at the World Reformation Exhibition in Wittenberg. This blessing robot is named as BlessU-2. 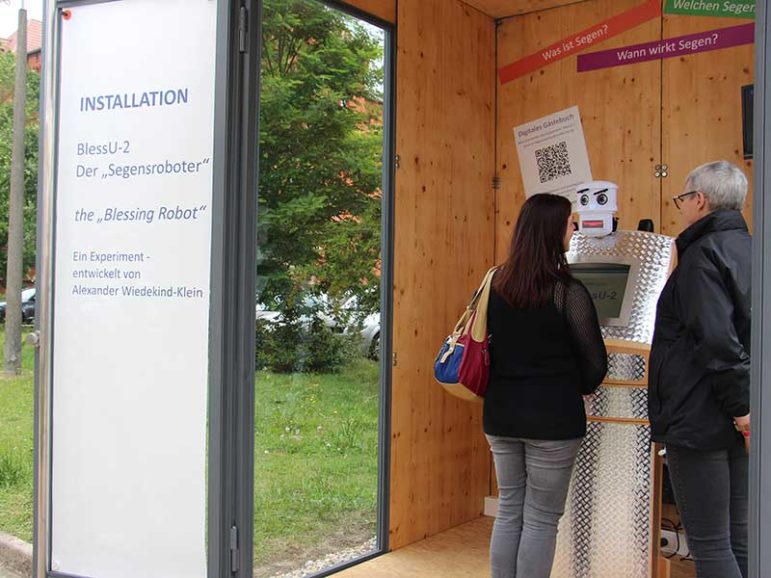 The church’s robot has sparked conversation and debate; addressing the relationships between humans and machines — and whether they might lead the church to a technological reformation.